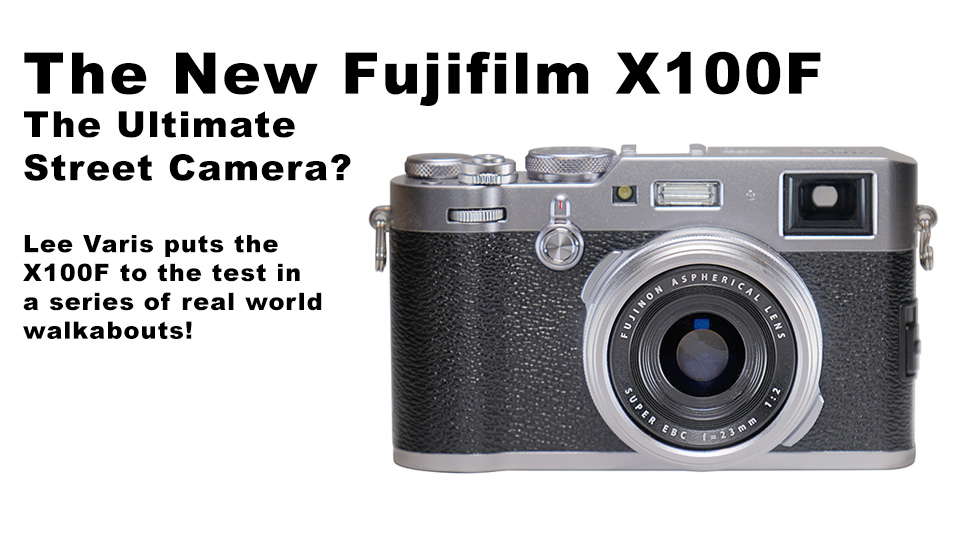 The holidays are finally behind me, and I can start digging out from all the decorating, gift giving, parties, and other activities associated with the beginning of winter cold weather. Part of what I was occupied with was beta testing the newest iteration of Fujifilm’s X100, the X100F — the little camera that could! This camera occupies an odd niche in that its a fixed lens mirrorless, that is much more than just a point-and-shoot, but not an interchangeable-lens “system,” with a cool, retro “old school” vibe reminiscent of the Leica rangefinders. 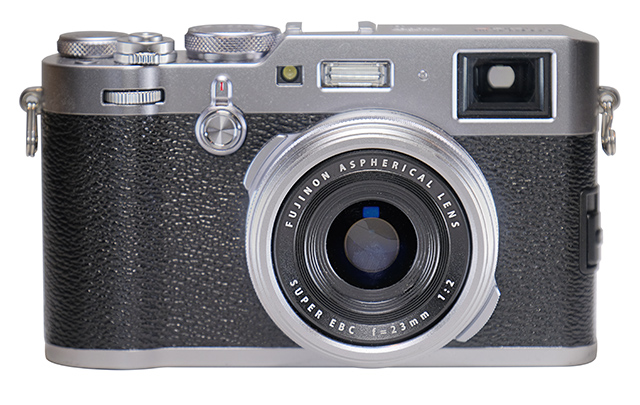 Fujifilm’s X100F aims to be just enough camera for most everything in a cool old-style form factor that recalls the Leica rangefinders with all the features of a high-end mirrorless camera!

The new X100F is pretty much the same size as the original, with exactly the same 23mm ƒ2 lens. Most of the changes are under the hood, with the new X-trans 3, 24 megapixel sensor, with a 4000×6000 pixels capture size, and all the latest film simulations. The most noticeable physical changes can be seen on the back of the camera, seen below with the older X100S on top, X100F on the bottom 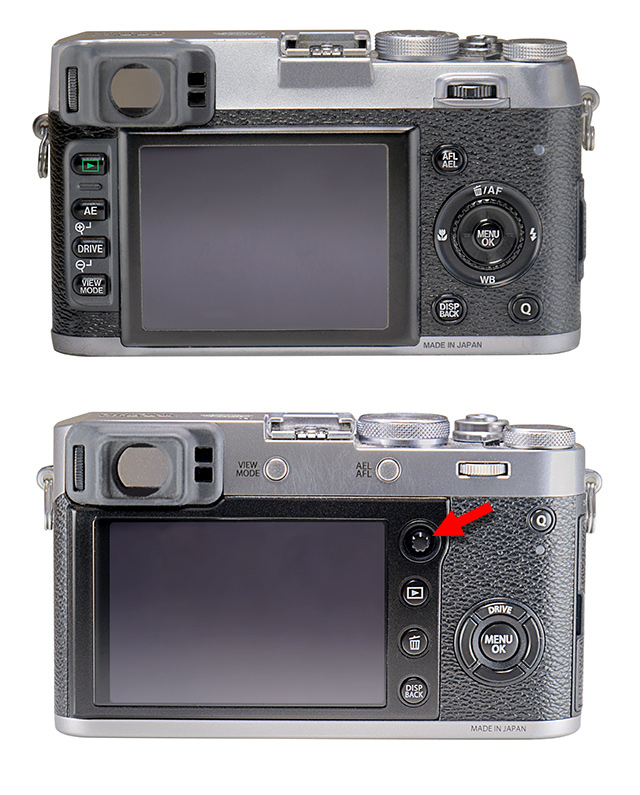 The X100F has a larger LCD screen, and organizes the button controls in a more elegant manner. The new “Joystick” just to the upper right corner of the screen is a most welcome addition, giving the photographer easy control over the position of the focus point with the thumb, without needing to take the eye from the viewfinder. 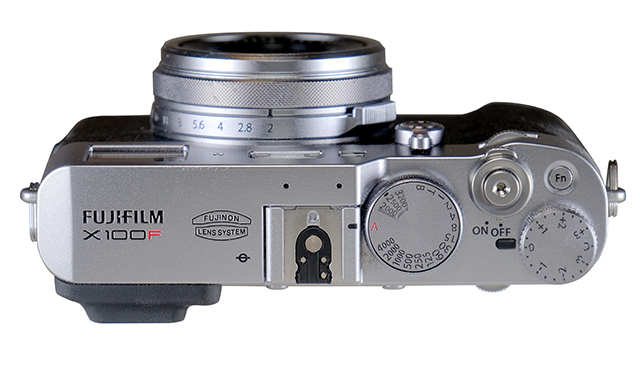 The biggest change here is the ISO selection placed inside the shutter speed dial, a feature I enjoy, though many users might prefer to program the new front dial to change ISO instead.

Well… so… a particularly nice, elegant, retro designed mirrorless camera that seems to fit the point-and-shoot category! But what makes this camera so special that you would want to keep it with you all the time, instead of simply relying on the ubiquitous mobile phone? The price-point is well outside of comfortable, compared to other functional, compact, fixed-lens, mirrorless cameras. It is compact, but not much smaller than other interchangeable lens cameras, including Fujifilm’s own XT-20—so, what makes the X100F so compelling?

The answer certainly depends on the individual photographers needs and preferences, but there is something undeniably fun about using this little picture making machine! This cool little camera is designed to be just enough camera for perhaps 80% of all candid picture taking situations! The unobtrusive, casual nature of the classic styling, is comfortable for the photographer, as well as the subject, making this a perfect street-camera for walkabouts, photo-journalism, and travel. The kind of camera you can just grab and go! 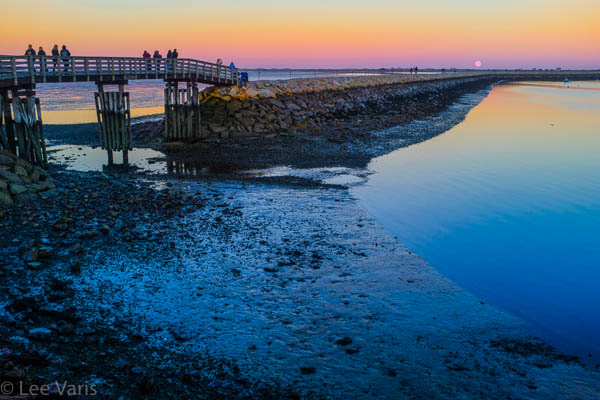 Taken on an evening stroll in Plymouth, MA during the supermoon November 13th, 2016

I had the camera at ISO 400, using the Velvia film simulation, and the result was spectacular! The detail and color is impressive! Here is a cropped view: 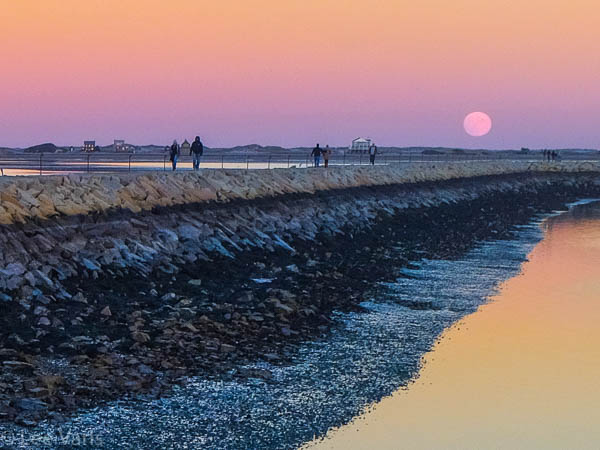 The advantage of Fujifilm’s mirrorless cameras is the exposure and white balance preview you see in the detailed viewfinder. It is very simple to adjust the exact look you desire on-the-fly, with your thumb on the exposure compensation dial. The X100F offers +/-3 EV, with an extra 2 EV (for a total of +/-5 EV) when you set the dial to “C,” and use the on-screen menu. 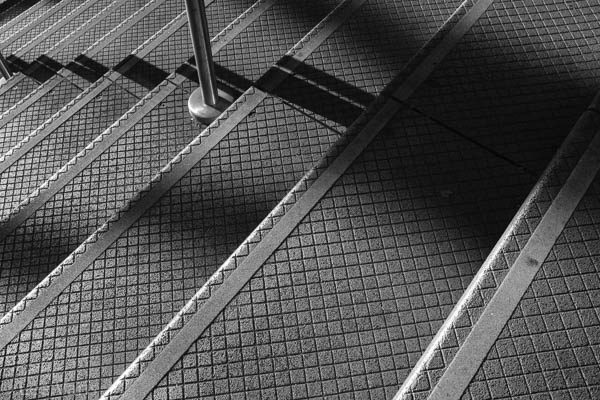 The new Acros film simulation has a fantastic B&W rendering with additional controls over grain simulation.

The X-Trans 3 sensor with improved processor includes all of the newest film simulations —my favorites are Acros for B&W, and Velvia for color! Again, you see the effect of the film simulation in the viewfinder, which is especially helpful with B&W pre-visualization, or rather simply… visualization! 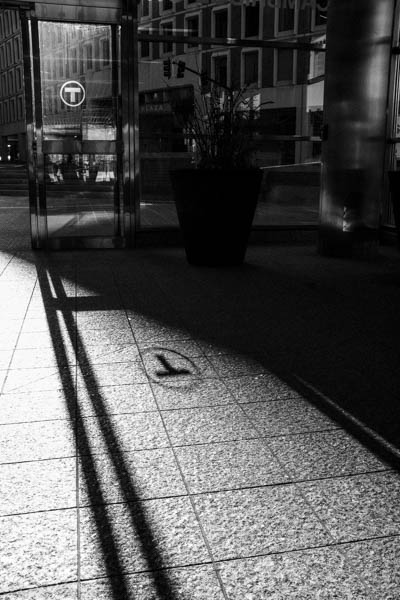 The 23mm lens on the APS-C sensor size delivers a 35mm equivalent angle-of-view that is perfect for street shooting—the quality of this glass is impressive! Great contrast & sharpness: 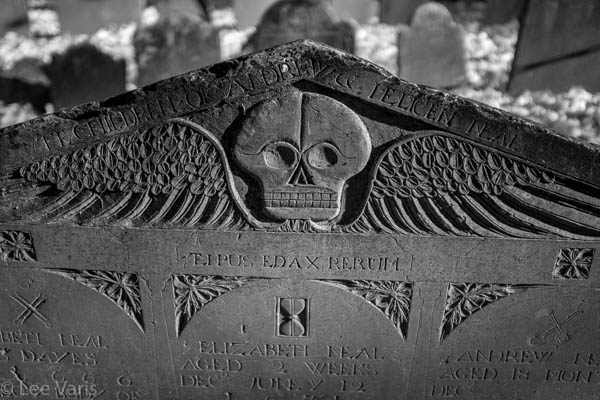 Some subjects cry out for the B&W treatment!

Though one doesn’t normally think of a 23mm lens as a great bokeh producer, at ƒ2 the limited depth of focus can be especially attractive. 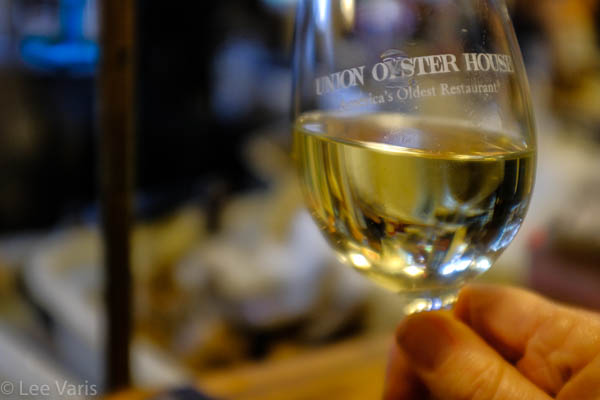 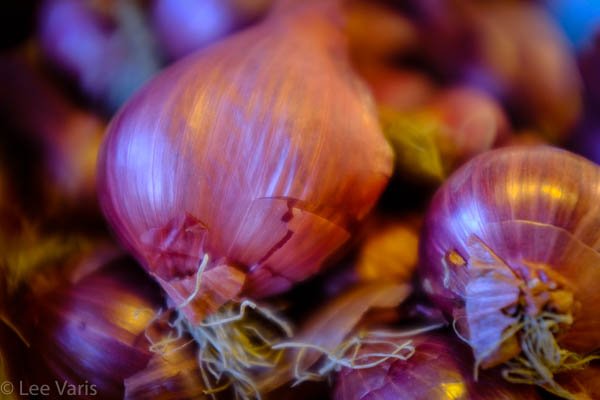 I found that this little camera was perfect for candid shots of my grandsons during a recent visit. Quick focusing and easy to handle, the X100F is ideal for fast moving kids in chaotic environments. I almost always shot wide open and never worried about whether the shot would be soft—the joystick focus controller is so fast and easy to use! Check out some of the other shots in the gallery! 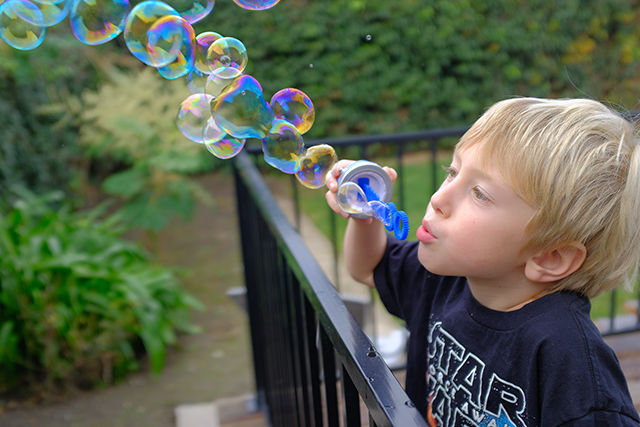 Here are two cropped versions of the image above showing the impressive lens quality: 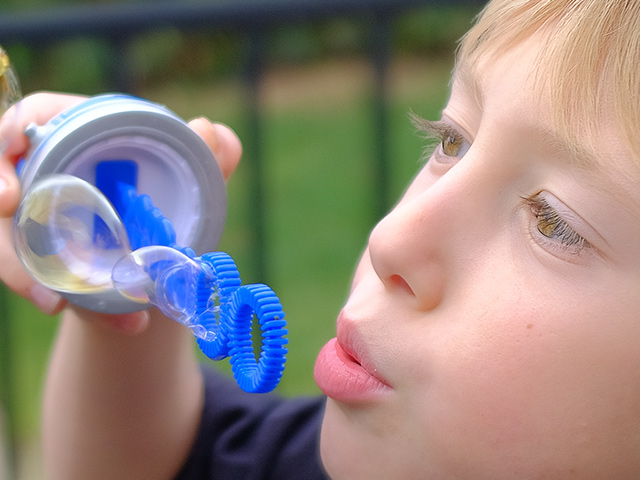 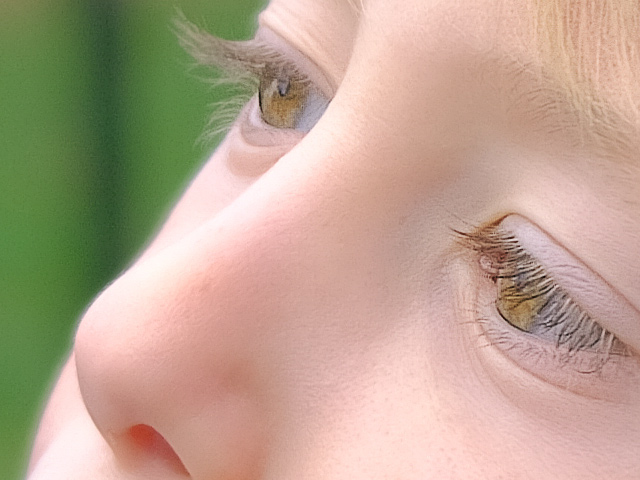 Straight out of camera with the Astia film simulation – soft contrast, rich color, and impressive eyelash detail at ƒ2

The Fujifilm X100F is really just enough camera—versatile, without additional complications, and ready to capture in an instant. Quite adaptable to almost any shooting style thanks to its hybrid viewfinder that offers both optical and EVF views, and ergonomic, unfussy manual controls. With practice the camera becomes effortless to adjust, and selection of preset shooting styles is quick using the handy “Q” menu (Q button on the back of the camera.) There is even a perfectly adequate built-in flash for those impromptu party pictures!

The beauty of having a compact quality image making machine, as apposed to a mobile phone with picture taking capabilities, is convenience that doesn’t sacrifice quality. Yes, one has to spend a little more to get that kind of quality, but for someone who is passionate about photography, yet doesn’t want to lug around a full system every time they go out, this is a fantastic choice. Sometimes its liberating to not have to think about what lens to use, and having only one focal length can simply composition decisions, and strengthen your technique!

I have included most of the test images from the camera in the gallery below—click on the thumbnails to see the larger images. I plan on keeping this little camera with me at all times as a sort of visual notebook to keep my Instagram feed fresh. Its just so fun to use!

Fuji X100F has beautiful background bokeh at ƒ2 in this shot of my wife Bobbi Lane, ISO 800 at 1/110, Velvia film simulation

My youngest grandson is 3 years old, and not one to stand still. The compact. And extremely light weight X100F is perfect for unobtrusive grab shots, and focus is quick and positive!

The built-in flash works great for those party photos! This one is of my wife Bobbi Lane with award winning fine art photographer Claire Rosen. Yes, one could use external speedlights and all kinds of light modifiers, but why bother for fun party photos- they just want to see the dresses!