Recording Adventures in New York with the Canon 5D 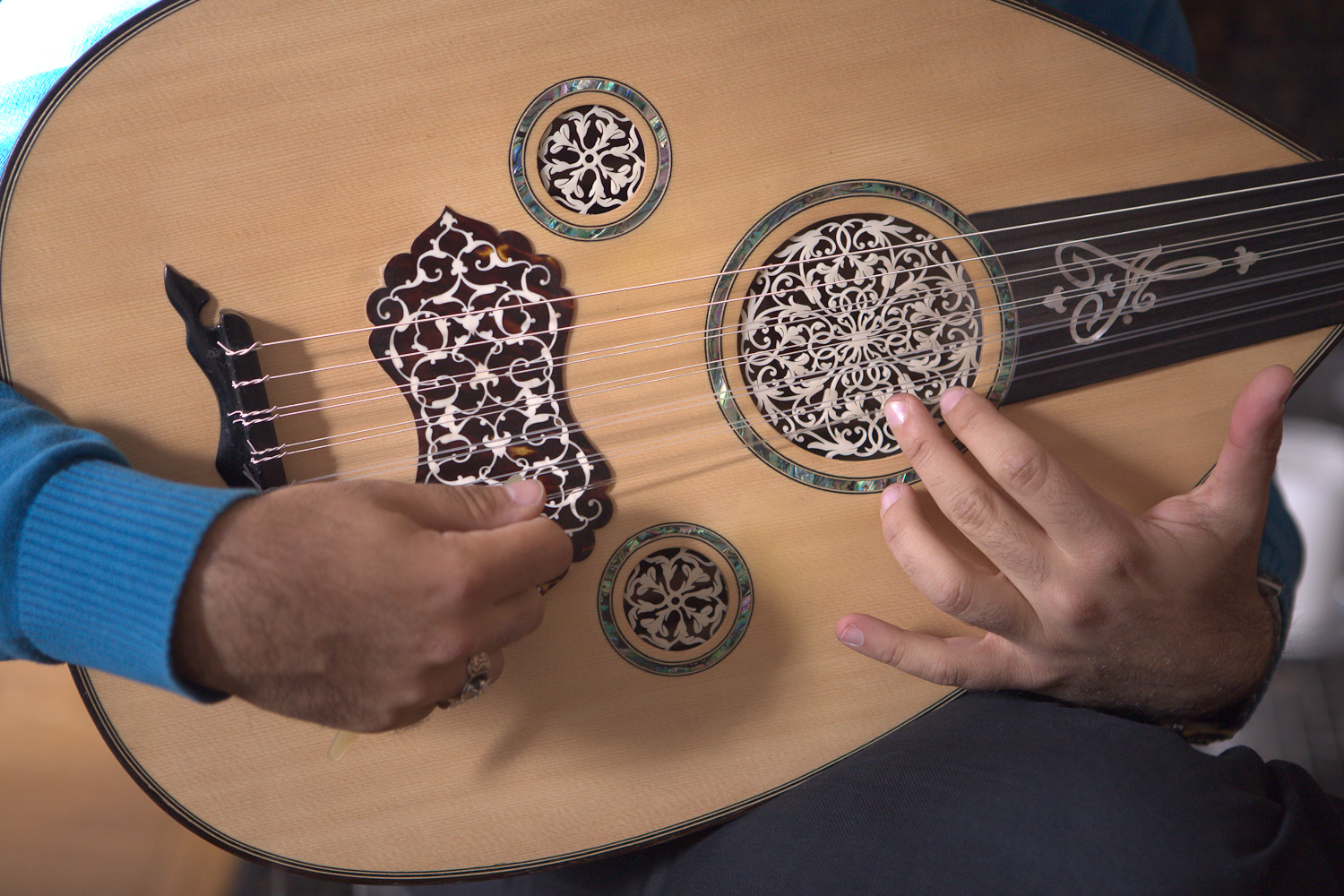 I have just returned from an assignment in New York where I had the pleasure to follow a pair of phenomenal musicians around. Joseph and James Tawadros are a unique duo from Australia, of Egyptian heritage, playing new world jazz on traditional arabic instruments. Incredibly successful at a very young age in Australia and Europe, they are just starting to gain an audience in the US. I spent 9 days in New York, where Joseph was producing his 2nd US jazz album, following the two brothers in rehearsals, recording sessions and on the town capturing stills and video with my Canon 5D. The ultimate goal was to create an album cover and inside pamphlet photos as well as create a documentary “making-of” video that could be used to promote the album.

Joe and James had arranged to stay in a tiny apartment in the upper west side of Manhatten.

I stayed with them in a small apartment in the upper west side and followed them wherever they went. I can only show a few photos here because most of the images I took are awaiting approvals from other musicians involved in the recording, but I did spend a lot of time just hanging out with these incredible young men. This was not my usual type of assignment. There was no art director, no sketches, no shot list and no particular agenda. I was working directly for Joseph, the older brother who was producing the album and composing all the music himself—his directive was “shoot a lot of pictures and capture video of everything!”

Joseph plays the oud, a traditional arabic instrument with a three thousand year old history! Although he is of Egyptian heritage, he and his brother, identify more with Australia and the western music culture of jazz. Joseph’s music is steeped in a sonic tradition of  arabic improvisational forms but smashes musical barriers with a fresh sound that is all his own.

James plays the req, a traditional arabic percussion instrument similar to a tambourine.

James plays the req, a traditional arabic percussion instrument similar to a tambourine. He has supported his brother on most of his albums and has been a touring partner since the boys started their career in their early teens. Unlike the tambourine, the req is played with an intricate finger technique that allows James to sound like a full trap set, emulating the sound of cymbals, snare and tom-toms! James is a true master of percussion and has contributed a unique melodic rhythm style that is an integral part of the duo’s sound.

Joe and James on the New York subway.

I literally spent every second shooting pictures and documenting everything the two brothers did while they were in New York! I shot three rehearsals, two recording sessions, and a concert, as well as documenting time spent seeing the sights in Times Square and elsewhere in Manhatten. The brothers are both big fans of Seinfeld and insisted on visiting the “Soup Nazi…”

The Soup Man or "Soup Nazi" of Seinfeld fame.

We also got in to see a taping of the David Letterman show on Valentines day – another thing on the boy’s must-do list while in New York. So, here I am, a accomplished photographer with a 35 + career in advertising, taking personal snapshots for a couple of 20-something kids from Australia— is life crazy or what? Truth be told, this was a very fun job and I can’t wait to get the video together.

James in his booth at Avatar studio.

When the boys were in the recording studio, I ended up using only available lighting. This meant setting the camera ISO to 6400 and relying on Lightroom’s superior RAW processing and noise reduction to deliver amazingly clear images. The video shot under fairly dim lighting is amazing! I had shot their first New York jazz album two years ago the same way, but this time, I was more careful to set a custom white balance in-camera so the new footage should look even better. Here’s the video from the previous album “The Hour of Separation”:

I ended up shooting a lot more video than I did previously because I knew that video was a primary goal. I wanted to capture more material for cutaways to make it easier to edit the material to the recorded tracks—I paid special attention to closeups and captured plenty of shots that could be cut into the music without worrying about syncing up to the soundtrack. This was an extremely low budget shoot with only one camera doing double duty as stills and video!

The req in the soft playing position

Joseph in the studio

The only unpleasant thing about New York in February is, of course, the cold—here we were lucky and didn’t experience too much snow! There was cold though and one day of snow…

Joe and James in the snow.

We all required warm clothing and especially winter headwear, yours truly had to get into the spirit as well…

Here I am trying out the latest winter fashion!

I have placed some (not all) of the photos from this assignment in the recent work galleries here:

And before I sign off, I’ll leave you with one more video of Joe playing a short traditional style improvisation from the recording session:

Joe had a few extra minutes of studio time and just started playing… The sound on the video is from the on-camera mic, and as such, its not the best quality. You can, however, get a feel for his real dynamics because there was no auto leveling going on, just straight live sound.