Have Camera, Will Train… 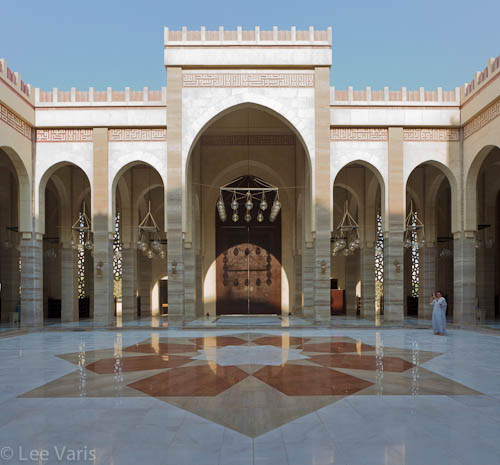 A Photography Adventure in the Kingdom of Bahrain

I recently returned from a trip to the middle east in the island kingdom of Bahrain, just off the eastern coast of Saudi Arabia in the Persian Gulf. My mission was to train US military personnel in digital photography and Photoshop. This was one of my more memorable photography experiences and I had a fantastic time with a great group of students, combat photographers, graphic designers and media service men and women! I was in Manama the largest city in Bahrain, where the US military base was located, for 8 full days!

A map showing Bahrain and its relative location in the world.

A view of Manama Bahrain from my hotel window

Manama is a very cosmopolitan city with modern buildings and signage in English and Arabic, lots of traffic and lots of construction! I saw no real evidence of civil unrest, despite news reports to the contrary, though I was warned about not entering Shia neighborhoods (look out for buildings with black flags)! I stayed at the “K” hotel and I can highly recommend it to travelers as one of the nicer hotels catering to westerners. It had very nice spacious rooms, two great bars, two restaurants, fantastic buffet breakfast and a very friendly staff. In fact, just about everyone I encountered in Bahrain was very friendly!

The Gang of Four

One of the first things you notice about the cities in Bahrain is the plethora of publicly posted photographs of various officials. These images were everywhere! Just about every public space had images on display – lobbies, foyers and even sides of buildings had huge prints mostly of the King and his ministers. The photo above shows the King, the prince and two of the ministers prominently posted in the hotel lobby. I called them the “Gang of Four” The only building that didn’t have any photos posted on or in it was the Grand Mosque!

The Grand Mosque of Bahrain

This was an amazing structure and fortunately tours were available on the “off” days, Sunday through Thursday, for non-muslim visitors. I was able to visit the Mosque on Sunday after my training sessions were finished.

Looking into the courtyard of the Grand Mosque

The main courtyard of the Grand Mosque

The chandelier in the main room of worship.

The Grand Mosque was the most spectacular site in Bahrain but I did manage to get out into the rest of the city and also visited some other sites of interest that I will write about at length in other blog posts. Bahrain was an odd mix of the sacred and profane, east and west, as typified by the presence of most of the American fast food restaurants just about everywhere in the cities.

One of the many mosques next to a modern office building.

I will write a bit more about my experiences capturing images in and around Manama in other blog posts. At the moment, I’m prepping for a weekend trip 500 years into the past for a Society of Creative Anachronism event! It seems appropriate that I have returned from a modern collision of old and new in the middle east to experience a recreation of the middle ages in modern life.Stay tuned for more blog posts about Bahrain! You can view a selection of images from my trip at my Flickr page here.